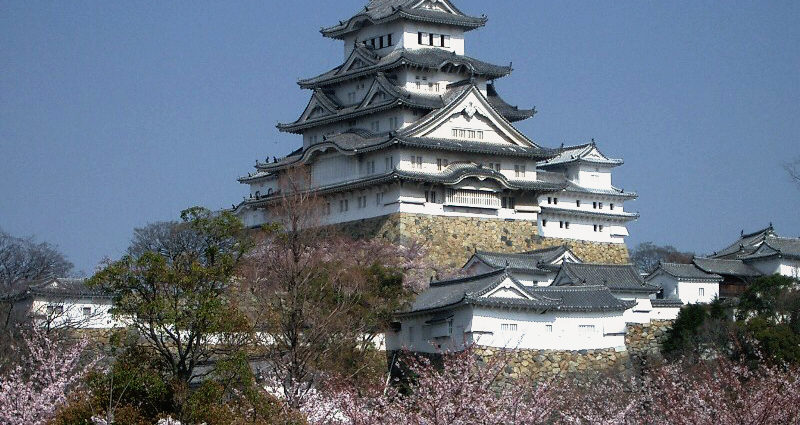 The Wonders of Asia: Asia’s Must See Treasures

Asia is home to some of the most resplendent architectural treasures on earth.  So, where should you begin in taking in these wonders of Asia with so many worthy (modern and ancient) marvels from which to choose? In truth, it’s a wrenching decision, with each promising a superb adventure.  But fear not, I’m going to save you from playing pin the tail on Asia. The following are my recommendations to get a really great jump on some of the more exciting wonders of Asia.

Padmanabhaswamy Temple (referenced in Hindu texts as early as 500 B.C.) would be one of my first choices as it is truly one of the great wonders of Asia.  According to Hindu myth, when the domain of King Bali had grown so vast that the gods had no place left to dwell, Vishnu (the god of preservation) appeared before King Bali in the form of a dwarf named Vamana and requested just three paces of land.  When the request was granted, Vamana transformed into the tremendous giant-like proportions of Vishnu and undertook three steps: the first covering the earth, the second covering the heavens, and the third pushing King Bali into the netherworld.

At Padmanabhaswamy Temple, located in Kerala, India, it would seem that the gods, unlike so many mortals, have tried to learn from their history.  This temple, which utilizes a fusion of Kerala and Tamil architectural styles in honoring Vishnu as a principal deity (and secondarily, its namesake Sree Padmanabhaswamy, who is a patron deity of the royal family of Travancore), contains a secret, treasure-filled vault set aside for the gods.

Kallara (vault or chamber) B is sealed by snake doors and legend tells of an invader’s failure to ransack the vault when the materialization of hundreds of divine snakes drove his forces out away.  Reports of a 1908 attempt to open the vault provide a similar account, on a historical basis, of a group fleeing for their lives from a slew of cobras when they attempted to gain entry to the vault.  The original petitioner who attempted to gain a court order to inventory the vault died in 2011, lending further popular credence to the curse.

In 1931, when the severe economic depression had driven the state treasuries and palace to the point of near bankruptcy, other vaults within the temple (hailed in ancient times as “The Golden Temple”) were opened and the sheer abundance of treasure discovered was staggering.  Despite the pots of gold and precious gems (believed to have been accumulated over millennia of worship across dynasties) found in the temple’s other vaults and the belief (based on historic accounts) that Vault B contains nearly $1.7 billion of treasure (without accounting for cultural value), Vault B remains unopened in the wake of ongoing religious and legal disputes on the subject.

While Vault B hasn’t been opened, the primary temple, is open for daily worship, with admission accorded solely to members of the Hindu faith.  In its inner sanctum, the temple contains a statue of Padmanabha, with Brahma, the god of creation, emerging on a lotus from his navel and Padmanabha reclining on a serpent with five hoods (which face inwards to symbolize contemplation) surrounded by the consorts of Vishnu (the goddesses of prosperity and the earth).

As one of the wonders of Asia, this incredible temple is the epicenter of multiple, major religious festivals.  While most of these festivals take place on a biannual basis, the most important festival, Laksha Deepam, takes place only once every six years (well, at least it’s more frequent than the emergence of Halley’s Comet!).  What the festival lacks in frequency, it makes up for with duration and splendor.  As part of the festival, three vedas (ancient, sacred Hindu scriptures) are recited for 56 days and on the last day, 100,000 oil lamps are lit in and around the temple premises.  The next of such festivals is schedule for 2020.

While the treasures and the mysteries of the temple’s elusive Vault B remain guarded by its imposing and awe-inspiring serpent doors, don’t fail to take in this historical, religious, and architectural treasure during your next trip to Asia.  Accommodations in the area are plentiful and weather conditions are favorable year-round.

Paro, Bhutan: One of the Great Wonders of Asia

This ancient town in Bhutan is nestled at the foot of breathtaking mountain ranges. In and around Paro, which is the seat of Bhutan’s Paro District, a fortress monastery, a hermitage built on a 1,000-foot cliff, an ancient watchtower, Bhutan’s tallest building (Ta-Dzhong), and a royal residence that lies across a medieval bridge, coexist in perfect harmony.  The monastery, Rinpung Dzong, served as a fortress against Tibetan forces.  It was originally built in the tenth century and expanded in 1644 A.D.  However, it was destroyed in a fire in 1907 and rebuilt.  The watchtower on the hill above the monastery currently serves as the National Museum of Bhutan.  The royal residence still lodges Bhutan royalty when they pass through the area.

The main street in Paro offers shopping and dining opportunities.  Approximately six miles beyond Paro lies the Taktshang (or Tiger’s Nest) Hermitage on a roughly 3,300-foot cliff. From its sweeping elevation, this sacred hermitage provides a staggeringly-beautiful view of Paro and its attendant countryside. The journey up to this monastery takes roughly three hours, but this sacred site, believed to be the spot where the revered father of Bhutan’s denomination of Buddhism, Guru Rinpoche, landed on the back of a tigress, is well worth the trek.

While the cost for a trip to Bhutan is as steep as the cliffs to be found there (with the price tag to travel there currently $200 and $250 per day inclusive of food, lodging, a guide, and a vehicle with a driver as required).  Upgrading to a luxury hotel in Bhutan will cost another $250 to $1,500 per night.

If you find yourself in the beautiful countryside in and about Paro, you won’t soon forget its mesmerizing beauty and ancient charm.

Spring and summer are the best seasons for travel in Bhutan given monsoon seasons and general weather conditions (with spring being the ideal season for travel there, given summer temperatures of around 86 degrees Fahrenheit).

Also, required visas to travel in Bhutan can only be requested through Bhutan-certified tour operators.  A list of the official tour operators can be found at here.

Located on a hilltop in the Hyōgo Prefecture and dating back to 1333 A.D., Himeji Castle (which is an UNESCO world heritage site) is the largest castle in Japan and one of the wonders of Asia.  The castle is known as the “White Heron” Castle due to its original white color- which was recently restored- being reminiscent of a bird transitioning into flight.  The complex (primarily made of stone and wood) contains 83 rooms and improbably survived the bombings of Himeji during World War II.

Considered one of Japan’s three top castles, Himeji Castle is a consummate instantiation of Japan’s monumental castle architecture.  It is equipped with Feudal period defensive features, including platforms for observing attackers and throwing projectiles, small room enclosures for surprise attacks from within the castle keep, drop shoots in the walls to allow for stone and boiling oil to be dropped on invading troops, fire resistant plaster, 1,000 archer slits (or loopholes) throughout the castle, three moats (two of which have survived to this day), and walkways that lead back on themselves to confuse invaders and subject them to prolonged exposure to attacks.

With curved walls often said to resemble gigantic fans and Feudal family crests prolifically displayed throughout its architectural structures, Himeji Castle offers an exceptional glimpse into the fascinating history and architecture of Japan that is not to be missed.

March to May and September to November are generally the best times to visit Japan from a weather standpoint (a late spring visit will allow for a traditional viewing of Japan’s famous cherry blossoms whereas a late fall visit will allow you to take in vistas of scenic autumn leaves).

Situated in Junagadh, India and constructed circa 1851 by Nawab Mahabat Khan II of Junagadh, the Muslim ruler, for one of his chief nobles, Wazir Bahaduddinbhai Hasainbhai, Mahabat Maqbara Mausoleum is an amalgamation of European, Indo-Islamic, and gothic architecture.

The architectural synergy is attributable to cultural diffusion arising from the British colonialism of the period (Junagadh became a British protectorate in 1807 despite a lack of direct governance).  The monument boasts exquisite inner- and outer-facade carvings, striking arches, columns, French-inspired windows, gleaming silver entrances, and an adjacent mosque with minarets encircled from base to summit with spiraled staircases. These structures are distinguished by unique, onion-domed roof features.

The site is one of the lesser-known wonders of Asia in India, but definitely worth visiting, given its incredible architectural fusion, in the prime season between October and March.

While, as noted, my list of extraordinary sites in Asia could fill an entire volume (a long volume), the suggestions above are a great set of experiences that promise a trip filled with architectural and historical “fortune and glory” (as Indiana Jones would put it).  Happy travels!

If you want to read about other amazing experiences in Asia, check out our article about the wonders of North America

Did you enjoy this travel post about the Wonders of Asia?

Feel free to let us know in the comments below and to follow us on Instagram. Cheers!

2019-01-02
Previous Post: The Ultimate in River Rafting Trips: The Yangtze River
Next Post: 3 Interesting Sports You Probably Don’t Know About